We expected it because we always expect it. But Ford dominated the vehicle rankings by winning the North American Truck of the Year and Sport Utility Vehicle of the Year titles. These prestigious awards, generally presented at the Detroit Auto Show opening, were presented virtually.

The North American Vehicle Awards are chosen each year by a group of nearly 60 journalists from the United States, Mexico and Canada, of course. Throughout the year, they select based on the tests they have conducted, on the road or at specific events.

A list of about ten competitors per category is then drawn up. Then, in December, the members of the jury choose the three finalists in each category. At the end of a final round of voting, the big winners of the year are known.

This year, the Ford F-150 dominated in its pickup truck category. It faced the RAM TRX and Jeep Gladiator Mojave in the finals. However, the jury's choice was clear. "The F-Series is the jewel in Ford's crown, not to mention the best-selling vehicle lineup in America for 40 years," said John Voelcker, freelance automotive journalist, analyst and NACTOY juror. "The latest version refines the package, keeping what's good, updating it as necessary, and offering the right mix of features, capabilities, comfort and style - with the added benefit of the first hybrid powertrain in nearly a decade to debut in a full-size pickup," the jury concluded.

On the sport utility vehicle of the year side, the Mustang Mach E earned the title. Until now, it would have been inconceivable to put an iconic Mustang badge on an SUV, but NACTOY jurors say Ford's decision to take that risk paid off with the Mustang Mach E.

"The Mustang Mach-E outperforms European EVs by becoming the most formidable challenger to the Tesla Model Y to date. Like Tesla, Mach-E understands that the premium EV market is as much about interior technology as it is about torque," said Henry Payne, Detroit News automotive critic and NACTOY juror.

So it's a well-deserved victory in a contest whose reputation and credibility has been established for more than 25 years. 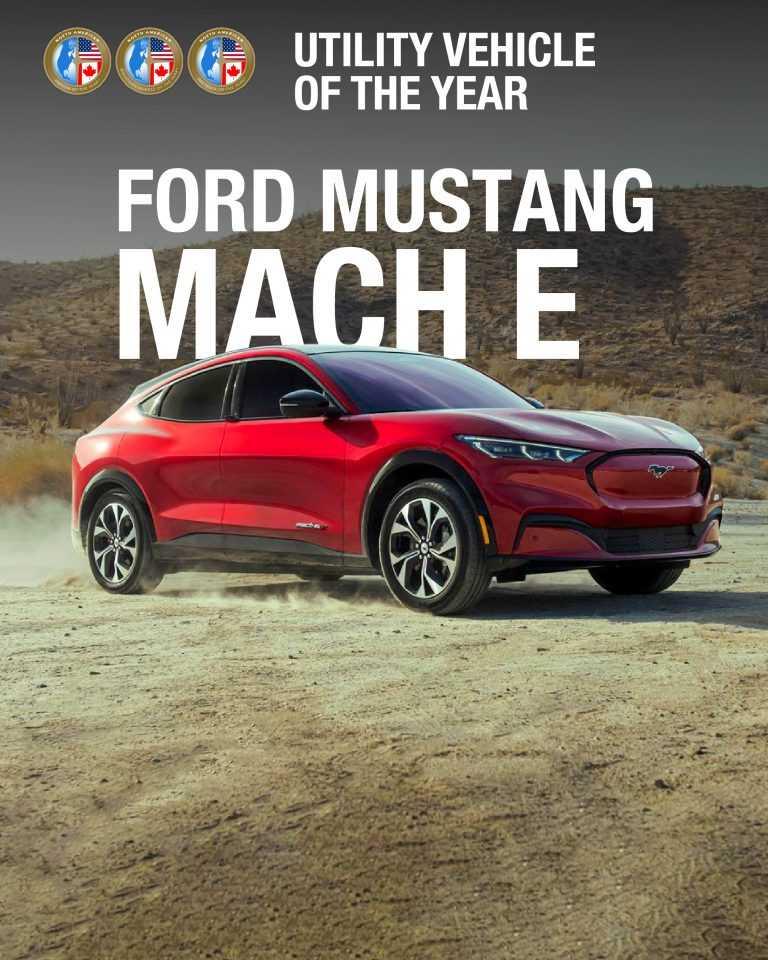