The new Ford Escape has style, and a silhouette more efficient than ever. The small vehicle, unveiled a few days ago, promises to be more popular than ever with a more powerful platform and a range of powertrains, and a more elegant and spacious interior.

As before, it will come in versions S, SE, SEL and Titanium. In its more specific style, the Escape now climbs onto Ford's evolving platform found under the all-new Focus - which, unfortunately, will not come to Canada - and the Lincoln MKC's replacement, the Corsair - which will debut at the New York International Auto Show later this month.

The improved platform has a longer wheelbase of 20 millimeters and a wider track of 20 mm. These figures give more interior space, but the use of high-strength steel has reduced the empty weight of the Escape by 90 kg. The result, says Ford, allowed the suspension to be adjusted to make it more comfortable and sporty.

The Escape will feature a number of powertrain choices. The first is a new 1.5-liter turbocharged 1.5-liter EcoBoost engine with 180 horsepower and 177 lb-ft of torque. of couple. It has a cylinder deactivation function. Thus, under light loads, it closes a cylinder to improve fuel economy. As a whole, it offers great performance and can tow a trailer of 909 kilograms. However, those who want more can opt for the reworked EcoBoost 2.0L four-cylinder engine. He raises the bar to 250 horsepower and 275 lb-ft. torque and has a towing capacity of 1591 kilograms. Both engines work with a new eight-speed automatic gearbox that drives the front or all four wheels.

There will also be two hybrid models, both designed to tow 680 kilograms. The hybrid and plug-in hybrid utilize the same 2.5-liter Atkinson four-cylinder engine and an electronically variable continuously variable transmission (eCVT). This is the fourth generation hybrid system.

The standard hybrid has a battery of 1.1 kWh and a net power of 198 horsepower. The battery is under the floor on the right side. His big figure, however, is the range of a single gas tank: 880 km.

The plug-in comes with a larger battery of 14.4 kWh that takes 3.5 hours to recharge with a 220-volt outlet. With a full charge, it offers an electric range of 58 km and a net power of 209 horsepower. Another novelty: the ability to choose how and when the energy stored in the battery is used. Now, EV Later saves the battery for later use, and EV Charge uses the engine to charge the battery whenever you want.

The inclusion of the Ford Co-Pilot360 range of Active Safety Assistants as standard equipment on all models is another step forward. It uses 17 sensors to provide Blind Spot Monitoring with a Rear Cross Traffic Alert, Pre-collision Alert with Pedestrian Detection and Auto Brake, Lane Keeping Assist and Automatic High Beam.

There is no doubt that the fourth-generation Ford Escape, due to be on Canadian roads this fall, has improved significantly in all key areas. But you will have to wait a few months to confirm it. 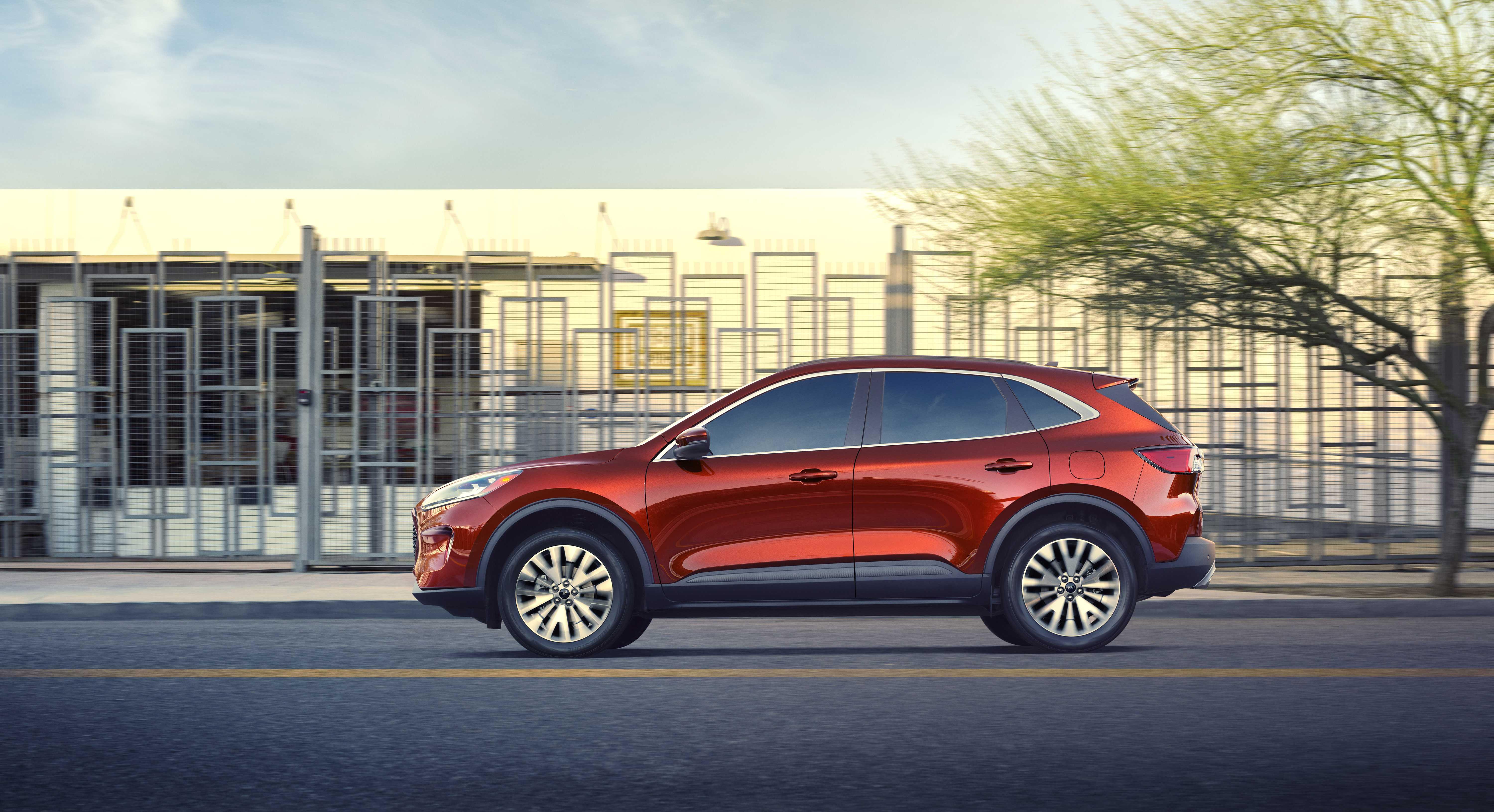